OVER 20 YEARS
OF EXPERIENCE
REQUEST A Free Consultation 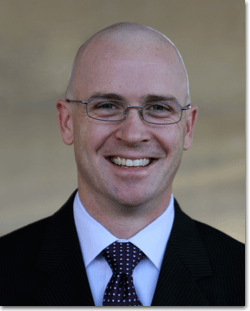 Brian Corrigan is a dedicated criminal defense attorney who has devoted himself to representing individuals in Rockwall, Dallas, and across North Texas who have been accused, investigated, or charged with State or Federal Crimes. Corrigan has tried over 150 jury trials and handled over 2,000 felony and misdemeanor cases in crimes ranging from driving while intoxicated and family violence to drug trafficking, white collar crime, child abuse, and murder. His is also board certified in criminal law by the Texas Board of Legal Specialization.

After graduating from the SMU Dedman School of Law, Corrigan began his career as a trial prosecutor for the Dallas County District Attorney's Office. He was promoted quickly to felony in 16 months and tried and won his first murder case four months later at the age of 27. Corrigan developed a reputation as a fierce trial advocate based on relentless preparation and investigation of his trials. Corrigan often found witnesses unknown to investigators and once found a juror from a 1957 murder case to prove-up a lost murder conviction in a rape trial. At different times in Dallas, he was assigned to the misdemeanor division, the family violence division, the child abuse division, and the felony trial division. Corrigan rose to the position of Felony Court Chief of Criminal District Court #4. Corrigan also successfully tried several high-profile Dallas cases including the 2005 "Eddie Dean's Murder" trial and the 2005 Sexual Assault trial of Irving Family of God pastor Steven Smith.

After seven years as a prosecutor in Dallas, Corrigan left Dallas County to be the First Assistant District Attorney in the Kaufman County District Attorney's Office. In that position, Corrigan was the top felony prosecutor in the county as well as the 2nd in command to the elected District Attorney. Corrigan supervised and trained prosecutors and handled a full felony caseload. He was also a trusted advisor to police detectives in all phases of criminal investigations, often advising on investigative strategy, charging decisions, or personally drafting search warrants. Corrigan also ran one of the Grand Juries, presenting nearly a thousand felonies to the Grand Jury and conducting complex Grand Jury investigations. Corrigan has handled more high-profile cases including the successful 2008 Capital Murder trial of Daniel Griffin for capital murder and aggravated sexual assault. Corrigan never lost a murder or capital murder trial in his career as a prosecutor including 11 murder trials and 7 capital murder trials.

After a decade as a prosecutor, Corrigan left the D.A.'s Office to become a criminal defense attorney in private practice zealously representing citizens in Rockwall, Dallas, Kaufman, and across North Texas. Corrigan's impact in private practice was immediate and dramatic (see CASE RESULTS section) for his clients. Vast experience and trial experience in nearly every crime in the Texas Penal Code coupled with intimate understanding of every level of the criminal justice has resulted in repeated dismissals, plea reductions, acquittals, and dropped charges for Corrigan's clients. Client after client discovers that Corrigan can often drastically minimize or eliminate negative consequences. Corrigan has particularly enjoyed the challenge and reward of tailoring a defense that is best for each individual client that provides the best possible outcome, not sloppy one-size-fits-all defense work. Corrigan's clients also have the benefit of Corrigan's network of friends in prosecution and law enforcement that bring Corrigan credibility in state and federal courtrooms and law enforcement agencies across East and North Texas.

Contact Us
Practice Areas
Client Testimonials
★★★★★
The best Lawyer in Texas and the best attorney for domestic violence cases. I met with 4 to 5 different lawyers and I selected Brian Charles Corrigan. His customer service is excellent. I never had to worry about remembering anything like my dates he always kept me informed. Rajesh
★★★★★
Brian is the BOMB… after making one bad decision I made an EXCELLENT decision of hiring Brian to represent me. He had all the charges dropped even before the 1st Court Hearing by working with the DA. Additionally he got me an Early Expunction. SM
★★★★★
10++ stars. This is the most knowledgeable assertive attorney in criminal defense. He is worth his weight in gold!! He took care of my situation quickly and kept me informed the entire time. He is a attorney that truly cares about his clients and that is hard to find. Tricia
View More
Submit a Law Firm Client Review